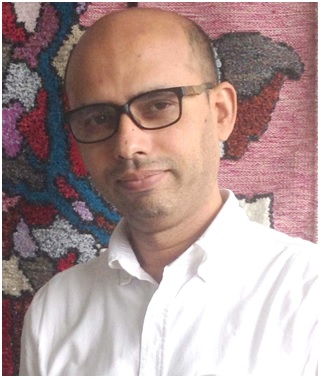 Dr Asadulghani is a certified trainer in the Asia-Pacific region for biosafety professionals, researchers, and laboratory workers. He is a researcher and educator in the fields of microbial genomics, molecular microbiology, biotechnology and genetic engineering. Currently, he is a fulltime biosafety professional, working to develop and implement policies and procedures of biosafety and biosecurity in laboratories and field activities of icddr,b and across the country.

Dr Asadulghani received Master of Science (MSc) in Biochemistry and Molecular Biology in 1995. He joined Molecular Genetics Laboratory of icddr,b from September 1995 - September 2001 in the field of genetics and genomics of Vibrio phages. He received Master of Philosophy (MPhil) in the field of Molecular Genetics in 2001. He was awarded the MonbuKagakusho Fellowship in 2001 to pursue his Doctor of Philosophy (PhD) study in Japan and worked on post-transcriptional regulation of Heat Shock Protein (HSP) genes in the model organism Cyanobacteria (2001-4). He received his PhD in September 2004 and thereupon returned to icddr,b and joined as an Assistant Scientist in the Molecular Genetics Laboratory. He left icddr,b in August 2005, accepting a Research Associate position under the Frontier Sciences Research Center, University of Miyazaki, Japan. He then received the Post-Doctoral Fellowship under the Japan Society of Promotion of Sciences to work in the field of Genomics and Bacteriophage Biology in pathogenic Escherichia coli strains in 2006. After his postdoctoral work, he joined as an Assistant Professor, Department of Infectious Disease, Division of Microbiology, Miyazaki University, Japan and continued working under the Microbial Whole Genome Sequencing Group, Japan. He returned to icddr,b in July 2009, and applied for early retirement from the University of Miyazaki. Since his return to icddr,b, he has initiated the centre-wide Biosafety and Biosecurity programme.

Biosafety Office manages the Institutional Biosafety Committee (IBC) of icddr,b. IBC constitutes of members from different divisions. In pursuit of the goal, the Biosafety Office ensures that laboratory facilities and the operations conform to the regulatory requirements as set by IBC. The Biosafety Office seeks to build a culture of safe work practices at icddr,b to mitigate the inherent risks associated with the laboratory setting following the Safety and Security Program Manual of icddr,b which has been approved by the Executive Director. According to the Manual, Biosafety Officers provide a variety of trainings to those involved in the investigation of biological materials. The Office maintains liaison with research review committee directly through the chair of the committee and reviews research involves risk group three or above agents and suggests risk mitigation plans. The Office also supports development of capacity of biosafety level facilities, biosafety and biosecurity programme, and medical waste management programme to facilitate the growth of icddr,b and its partner organisations in Bangladesh.

Biosafety Office also manages the central biorepository, under the biosafety and biosecurity programme, safely maintaining long-term storage of biological materials for researchers and principle investigators (PIs). The central biorepository is operated by the web-based inventory management application for registering, maintaining and disposal of biological materials under different PIs, projects and laboratories.

icddr,b has a dedicated area for common-core high containment facility (HCF) under the biosafety and biosecurity programme. In this facility, there are BSL2 areas with two procedure rooms for enhanced biosafety practices and the planned BSL3 area with three separate procedure rooms for Mycobacteriology, virology and handling specimens from outbreak investigation or specimens from animal sources.

In addition, there are also rooms for extension of central biorepository for high risk pathogens and a small area for cryopreservation in liquid N2. Overall the facilities inside the HCF will be dedicated to research and diagnostic activities involving specimens containing highly pathogenic infectious organisms or isolation and culture of microbes under risk group three, where the respiratory protection has to be ensured to deal with those specimens and infectious agents. Thus, the facility will ensure all research and diagnostics with high risk agents are conducted with maximum safety and security following national and international guidelines adhering to standard policies and procedures. The facility will remain open to all national partners for training and conducting research and diagnosis, contributing to biorisk management in Bangladesh. Currently, only the areas for extension of central biorepository and cryopreservation are functional.

The Biosafety Office also provides a route to properly dispose of medical wastes through the contracted disposal service. For this purpose, the Office is managing the Satellite Waste Accumulation Area inside the main icddr,b campus for temporary storage of waste materials, until handing over to contracted vendor. The office is maintaining the data of disposal of sterilised waste and submitting to NTFC as part of the global action plan for polio eradication on a regular basis.